LOG IN
Start Collecting
0
You have no items in your shopping cart.

This small planet is truly a sight to behold. Gentle rays of sunlight kiss the lush green grass, as the rolling hills of Smightyland draw you in.


Tranquil, turquoise seas flow seamlessly over the white sand beaches, the ancient Tree of Magic stretches endlessly above the Crystal Cliffs and even the Dark Forest looks welcoming with its rich foliage. Since the beginning of time, the Smighties called this place home and hundreds of the small and mighty heroes lived and worked together in harmony. Their fantastical world is filled with 5 mystical and enchanting regions: Earth, Water, Magic, Air and Light. 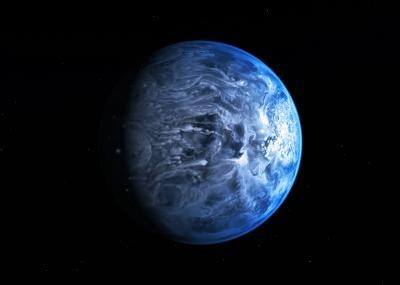 Beneath the pristine surface, lies an imminent danger. The planet's core has been heating up rapidly. Steam that once rose lazily from open geysers has turned to dark smoke with a ferocious heat. Earthquakes have begun to shake this otherwise peaceful landscape.


In the face of this impending threat, the Smighties knew that there was only one option, to leave their homeworld and establish themselves somewhere new. The question was not if they should leave but how they would leave. Using interstellar probes, the Smighties searched for a place within their star system that they could move to.


In the end it came down to Pokus and Vincent, two unique Smighties - both with magical abilities. Distrustful of new-fangled science, Pokus was convinced that there was a solution in their magic. Over numerous cans of Smighty Dew, the two worked fervently on an idea that would use their magic to find a safe place for them to travel to. Combining Vincent's artistic ability to paint magical doorways with Pokus's spellcasting powers, they were able to create a Smighty Portal in time and space. 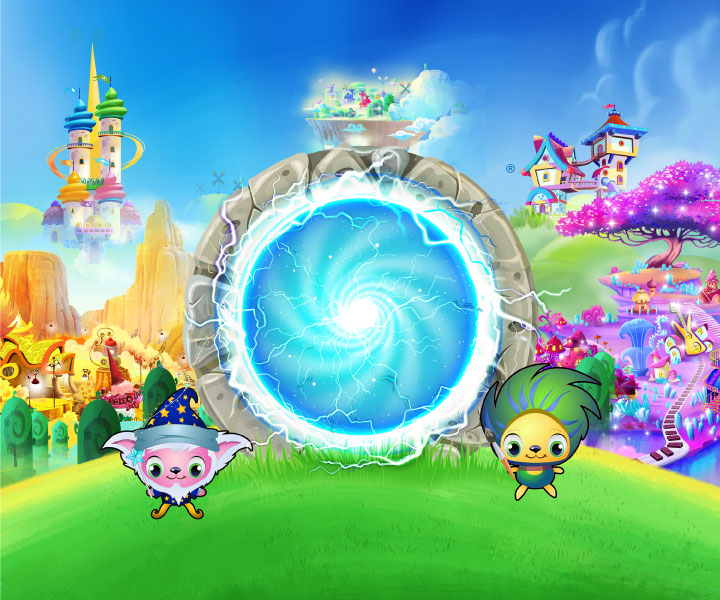 What is on the other side of the Portal?


Is there any hope for Smightykind?

The first brave Smighty to volunteer to step through the swirling Portal and into the unknown was Stella Stardust. Perhaps the most appropriate Smighty to venture through, Stella is a powerful hero of epic abilities; capable of harnessing the power of the stars themselves. As she approached the doorway confidently, the other Smighties cheered her on, eager to see what news she would return with.


As Stella went through the portal, Smightyland disappeared behind her and she found herself shooting through the MilkyWay Galaxy looking down on a small green-blue planet called Earth. With the knowledge of all things interstellar, she knew this planet could sustain life. The only problem was how to get the other 135 Smighties there.


Whatever the shape, the new formation of stars would go on to be a guiding light for mankind who would use the constellation as a navigational tool and be used as a guide for future Smighties to travel safely to Earth. 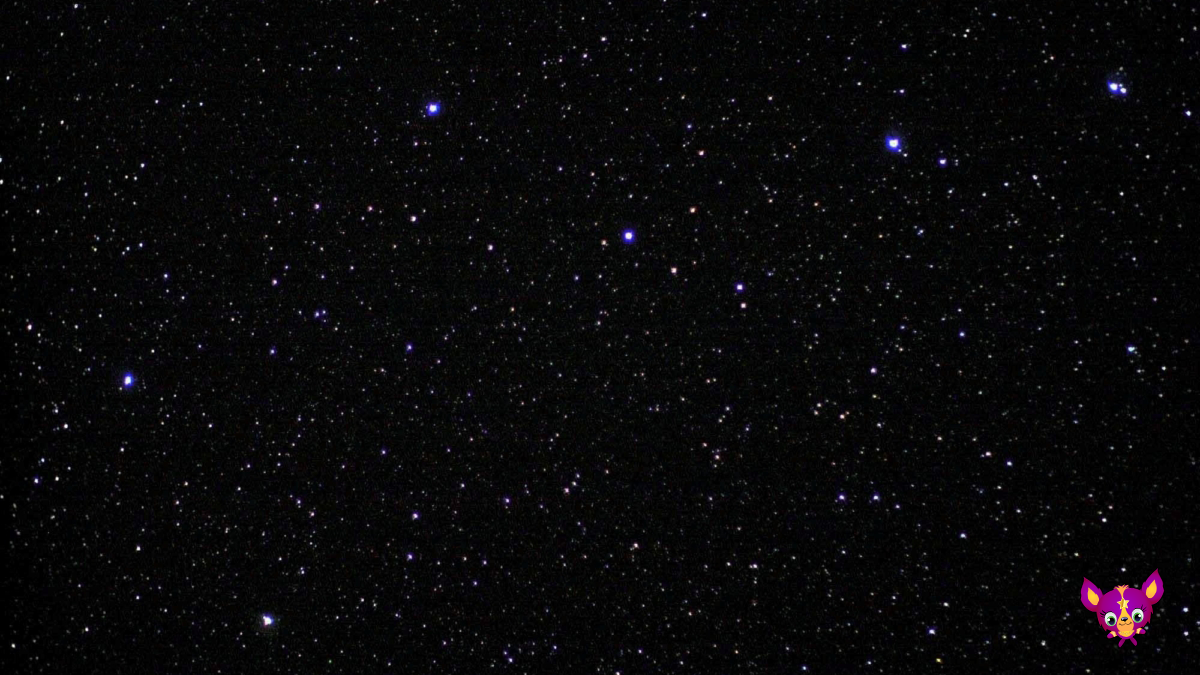 The Smighties now had a direct route to Earth but could only ever remain for 7 days, after which they would be transported back to Smightyland. Each time they visited, the Smighty who entered the Portal would appear in a totally different period of human history on Earth. This was because the Portal they had created not only transported them through space, but also time. This gave the Smighties the opportunity to engage with humanity and see if they would work well as neighbours!


As it turns out, the humans really needed their Smighty visitors, although they may not have realised it at the time. Intent on establishing good relations with humankind, the Smighties did what came naturally to them - these heroes helped wherever they were needed all throughout history. When Koda travelled to Earth, he found himself in Alaska in 1925, not only was it the perfect climate for Koda but he also had the opportunity to help Balto the Siberian Husky to deliver life-saving medicine to the town of Nome. 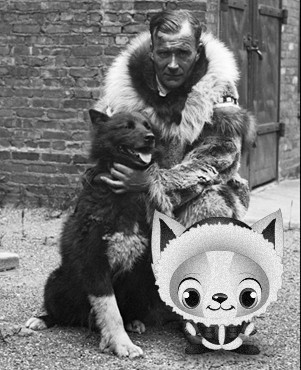 Vroom was able to assist during America's very first moon landing in 1969, with his extensive knowledge in investigating the stars around Smightyland, Vroom helped guide the Apollo 11 spacecraft to safety. The astronauts involved in the mission were sworn to secrecy, but not a single one forgot the small creature who was so instrumental in their success. 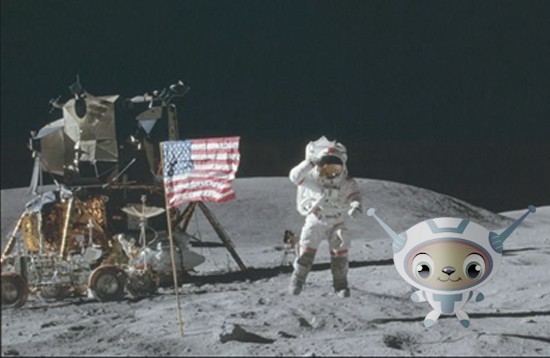 Countless visits into human history later, it was the turn of an enthusiastic young Smighty named Timbah. A master craftsman, Timbah was able to build structures at an astonishing speed. What would take a team of 50 humans a day, Timbah could complete in under an hour.


Timbah's innovative designs and amazing ability helped economic recovery in New York. So much so that he was rewarded with a piece of land. He used this spot to build a multi-level Smighty Hotel; a purpose sized building for all Smightykind. 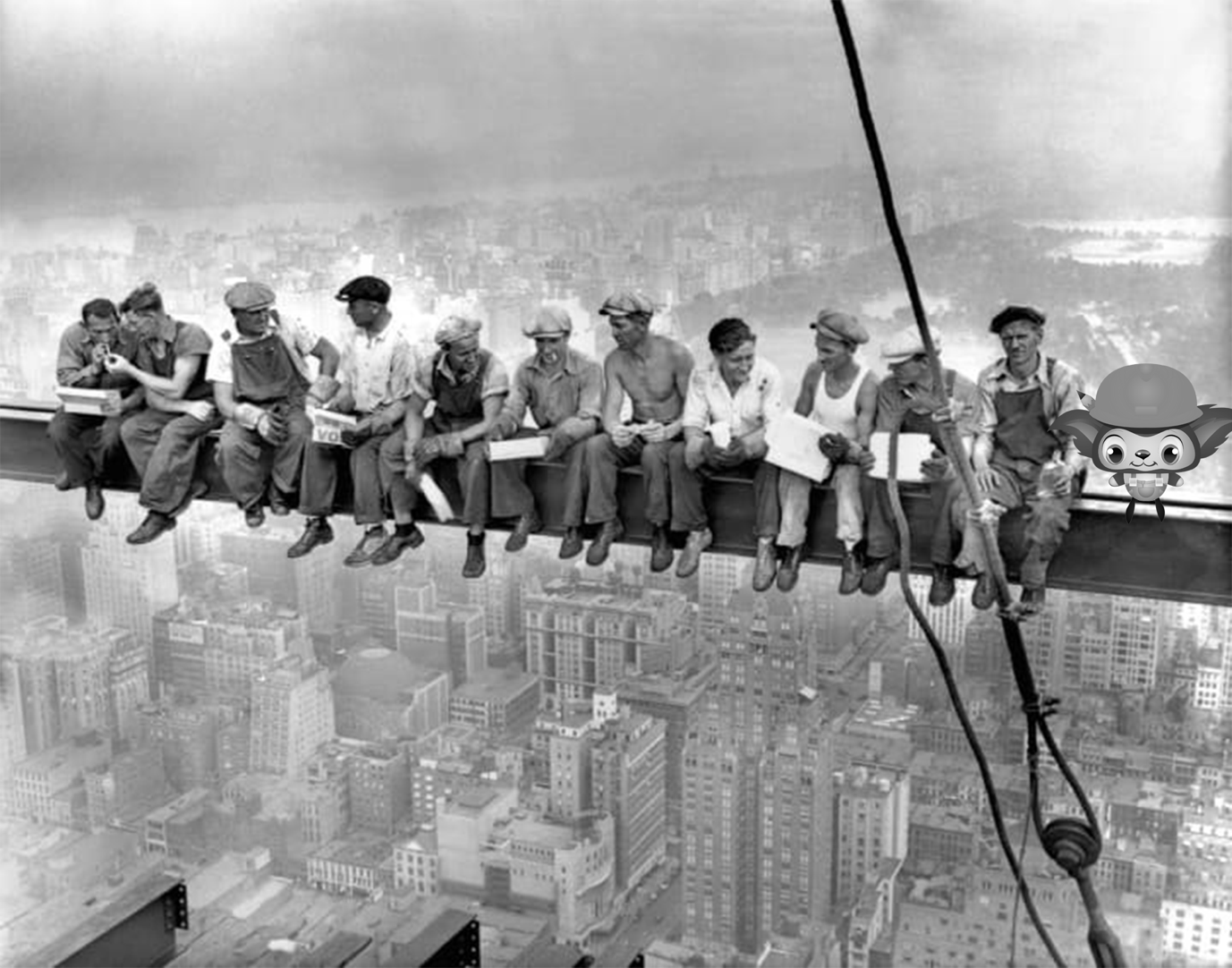 When Timbah returned, he told his friends the incredible news - they had a place to live and call their own, the Smighty Hotel. Armed with the knowledge that planet Earth was now ready for their arrival, the Smighties locked in December of 1930 as their designated departure date. They boarded custom space Pods designed by a computer coding whiz named Chip. However Vanwinkle, a highly punctual Smighty, realised that as they set their course, it would take the whole group of them over 90 years to reach Earth. They would arrive at the end of 2020, hopeful that this was a good year for humanity.


Now they must begin their journey across the stars with the hope that humanity will welcome them (and someone needs to convince Pokus to get inside a Pod!) 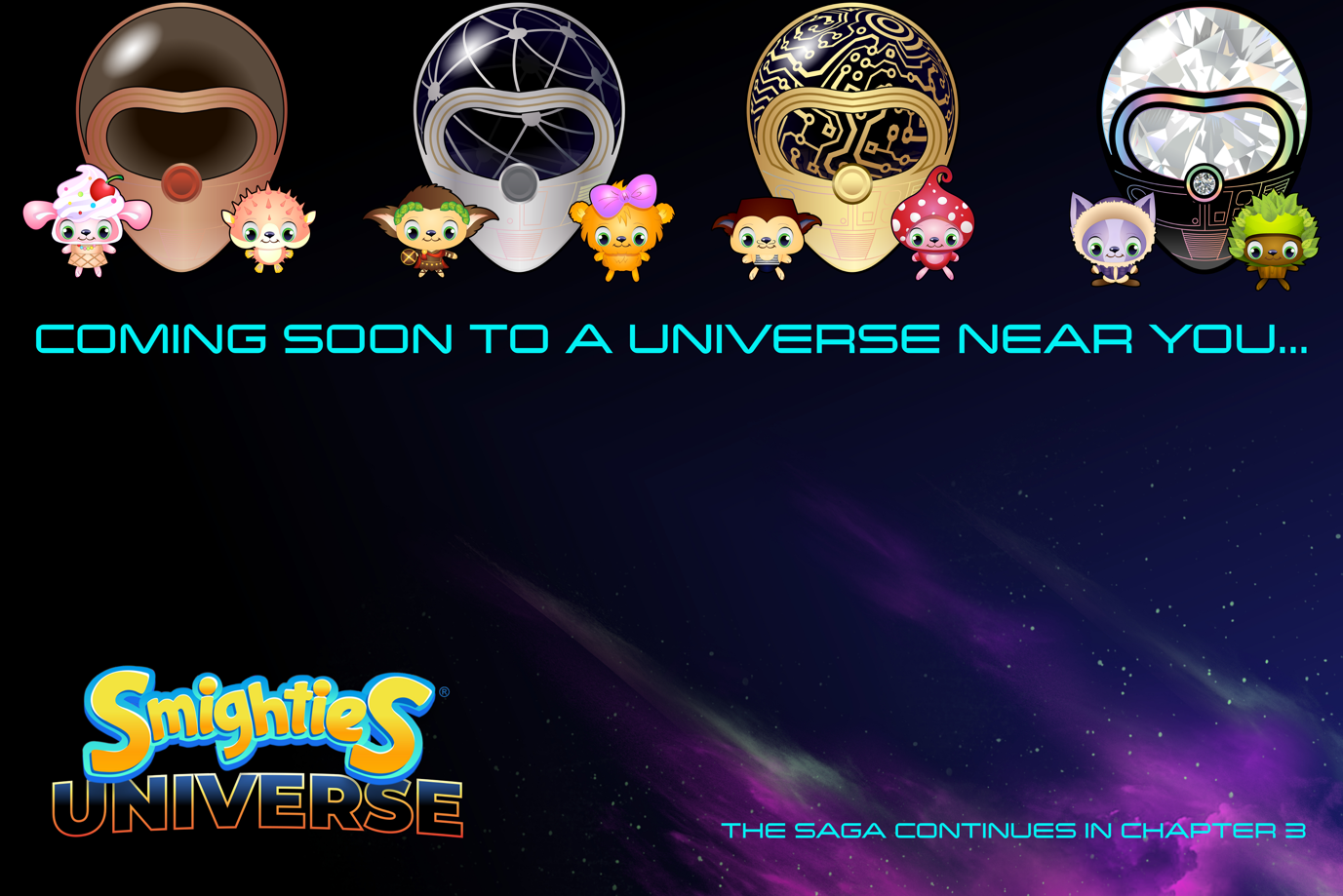 The time had come... with heavy hearts and heavier luggage, the Smighties were finally leaving their home and moving on to the next chapter of their Saga. Having set off on their journey, the Smighties were as excited as they were nervous but the hardest part of leaving for Snazzy Snozzy was choosing the right travel outfit.


Although Smighties don't age like humans and there was plenty to see outside the windows of their Pods, a 'cryo-sleep' option was available thanks to the combined genius of Eureka and Nardy. When they were awake, the Smighties played games, sang songs, baked banana bread, made Tik Tok videos and watched documentaries (their favourite episodes were the David Attenborough features about Planet Earth). 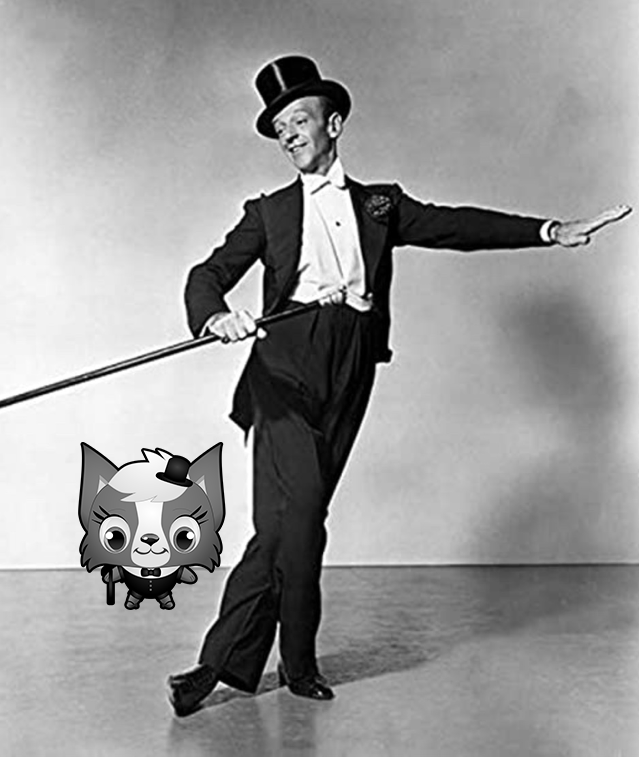 Tappy entertained her fellow passengers with some of the same dance routines she had taught to Fred Astaire in 1916 when she had visited Earth via the Portal. Some of the other Smighties took this time to head off to their cryosleep chambers to get some rest and a break from the tapping. Ironically, some of these tapping routines were picked up over the years by NASA, who interpreted them as unknown and possibly alien communication signals!


The real communication signals didn't come from tapshoes, but from sonic generators which had been previously placed on Earth by visiting Smighties. These 'mysterious monoliths' were only recently noticed by humans and they provided additional guidance for the Smighty Pods to land safely. 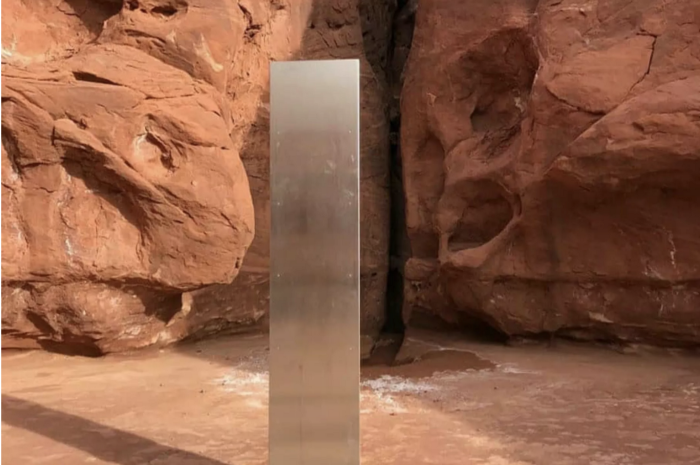 With these devices in place, the Smighties have begun to land on Earth. With all of the help they have given to humanity over the years, these little heroes were happy to be back and hopeful that they'd get a warm welcome... 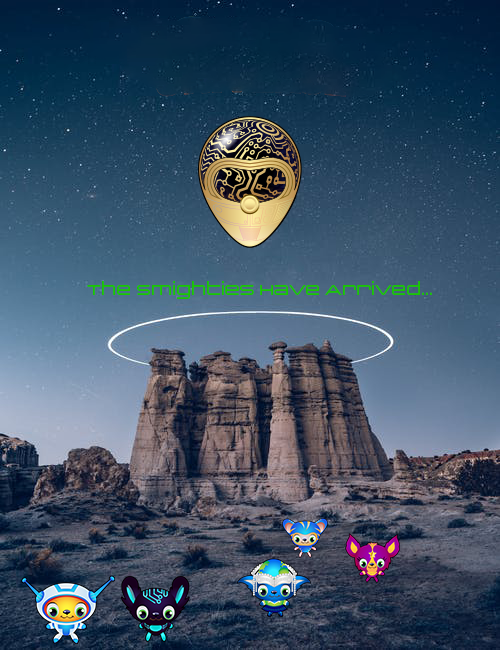 What comes next for these small yet mighty heroes?

Find out in the next chapter of the Smighties Saga, coming soon!


Enjoying the story? Please let us know on our social media channels.

Brought to you by: